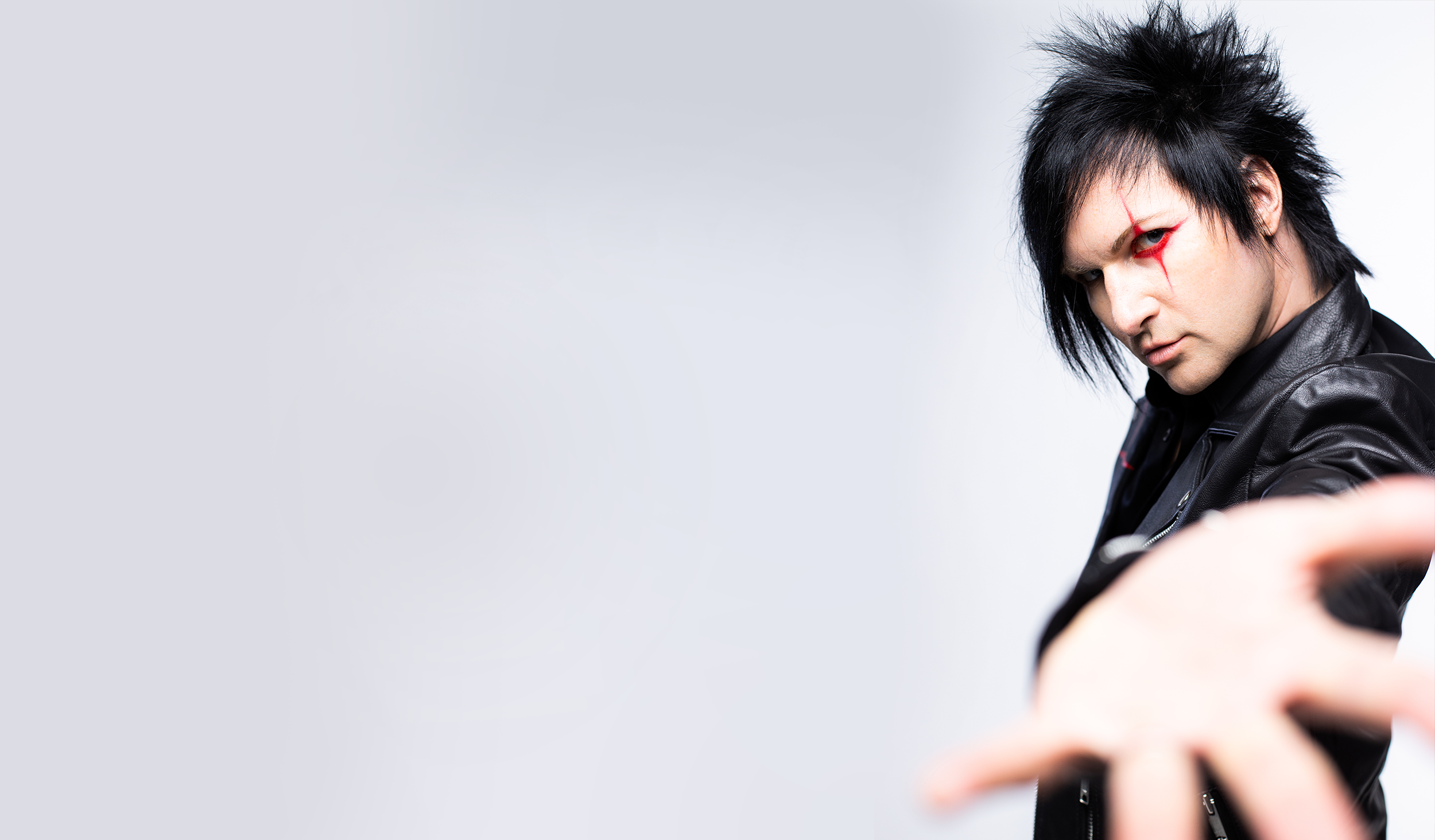 The Epsy team sat down with Jinxx, a musician and member of the Black Veil Brides, to discuss his career in music and his own epilepsy story. Read Jinxx’s full story below.

I had my first fever seizure when I was an infant, it wasn't diagnosed as epilepsy, but I was put on medication and then didn’t have any issues until I was an adult. When I was 27, I was at the end of a set with a previous band and there were strobe lights. One minute I remember playing a guitar solo, and the next minute I was waking up in Cedars-Sinai Hospital after having a tonic-clonic seizure.

At the time I was basically homeless and living in the band's studio. My diet consisted of ramen and I was nocturnal, it wasn’t a healthy lifestyle. I didn’t have an official diagnosis or health insurance, and definitely couldn't afford an ambulance ride or a doctor. My dad told me I needed to be on medication, but I didn’t take it seriously. He told me that epilepsy runs on both sides of our family, my dad's brother passed away from his epilepsy and both of my grandmothers had epilepsy.

At 32, I was in the Black Veil Brides and I was very stressed from touring and in the middle of a divorce. I arrived home to find my house for sale with strangers inside. My friend was over, she heard a crash in the next room and called 911, I had another tonic-clonic seizure. I only remember being in the hospital, where I was told to rest at home and to come in to get an EEG and other evaluations with a neurologist. I didn’t listen as I had an award show the next evening, long story short I didn't make it up to the stage to collect our award and I was put in the limo home.

My first doctor was really good, they told me to take lamictal. After looking at my EEG our conversation was:

I was put on medication and started feeling better. Then whilst touring in a remote place in Kansas, my doctor told me to get some blood tests, the hotel told me the nearest hospital was half a mile down the road but it turned out to be an abandoned, haunted hospital! It was really hard to get the blood tests, and then once I ran out of medication there was no way to get it, I chose to wean myself off it due to the side effects.

In 2015 we were touring the world; Russia, Download Festival in England, Brazil and then in Chile I started having an aura on stage and I went down. I had auras that were mild in the last year, my wife, Alice, noticed and she started studying it. My medical insurance wasn’t great but I needed a new doctor, this doctor wouldn’t listen to me about how lamictal had worked for me, he said I needed something stronger. The side effects were bad, I had horrible brain fog and just felt I couldn’t function.

Then came a New Years trip to Paris to visit my wife, she was performing in ‘Singing In The Rain’. At the cast party I went into the bathroom and completely blacked out. After my return to LA I wanted to find something that worked. My doctor still wouldn't listen about lamictal and put me on Keppra,  which was even worse! I was in the studio, and I forgot how to play the guitar, it’s something I’ve been playing since I was 4 years old - but I couldn’t even remember the chords. This is my livelihood and it was ruining my life, at this point I started having suicidal thoughts, so I weaned myself off of Keppra and didn't feel right for months after. My condition got worse and worse for the next 3 years after I stopped seeing the doctor in 2016.

Let’s talk about: Epilepsy and depression

My last documented seizure was August 2019, before this my seizures were a weekly occurrence. The last straw came at a friend's birthday party, where I collapsed in the street and could have been run over! I’m now at UCLA and have a good doctor. I told her everything about my previous experience with my doctor and lamictal, she put me back on it and I cried in her office. It’s been working for me for over 2 years now with no breakthroughs.

There have been so many! Every award, record and milestone. One moment that stands out is Download Festival in England, we had an amazing crowd response and got to open up for Metallica, which had always been a dream of mine since being a kid.

But nothing beats where I am at now. At this moment I am the happiest I've ever been, I’m happily married with a beautiful baby boy, Lennon, the past year I’ve been fortunate to be at home to spend time with my son, that's time I would've never gotten back.

Absolutely no strobe lights! Especially no strobe lights directly in my face. We were supposed to tour last year, but that has been postponed due to COVID, so I haven’t toured since 2018. When you’re touring on the road, it’s loud and bumpy, so you don’t get much sleep. But I try to get as much rest as possible. I also need to prepare myself mentally, I always get butterflies before a performance in case something goes wrong (which it usually does!). I also try to eat better and to exercise, I get some cardio on stage but I also try to do other exercise, which really helps.

Find out more: Can you exercise with epilepsy?

Epilepsy and being lonely

Talk to somebody about it. I can't emphasize enough how much better I felt after it was out in the open. It was scary - the band are like my brothers, but they don't have epilepsy. I was nervous that the band would falter because of it. Luckily I have now found a medication that works for me. So be open about it, talk about it, find other people with similar stories - it's more common than you think!

Unfortunately many people struggle with that, much more research needs to be done. You feel alone or that people are going to judge you because they don't understand. When my wife was dealing with it, she spoke with the Epilepsy Foundation to get more information, which was really helpful.

I explored Epsy, it’s a great app! It reminded me to take my medications right on time, which is a nice reminder - I am good at it but it’s important to not double dose.

Talking about epilepsy as a man

I think it's a macho thing, many men don't want to appear weak. My biggest worry was that epilepsy might affect my career - that others might see it as a problem and due to the risk of having a seizure then I might not be put in shows. When I came out in December 2019, I was doing eBay auctions, selling guitars and donating proceeds to the Epilepsy Foundation. From talking about it openly so many people reached out, many fans saying that they have epilepsy and me talking inspired them to talk about it. I love our fanbase, many are young and a lot felt bullied, they found this community and are able to talk to each other.

What Jinxx is currently working on

Our concept album, Phantom Tomorrow, will be dropping on 4th June. I’m very excited about it, I feel it's the best one yet and our singles are currently climbing the rock charts too.

I’ve also been working on developing a film called Spirit Lake, it's a horror/thriller, which is a genre I've always loved. It’s a true childhood story about a haunting experience my family had growing up in the house. I will also be scoring the music with a potential Black Veil Brides cameo!

From music to fatherhood

I’ve never loved anything so much! I’m currently working on music at home while my son is in the next room. I have a feeling he's going to be a surfer as we live only 10 minutes from the beach, he also likes music and plays around with the ukulele but I’m completely fine if he grows up to hate music! I am looking forward to getting back on the road because playing shows is my life, but I’m also not looking forward to the time away from Lennon. 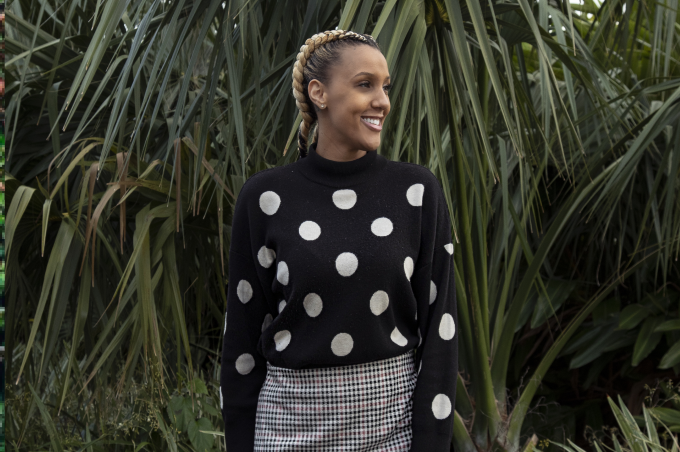 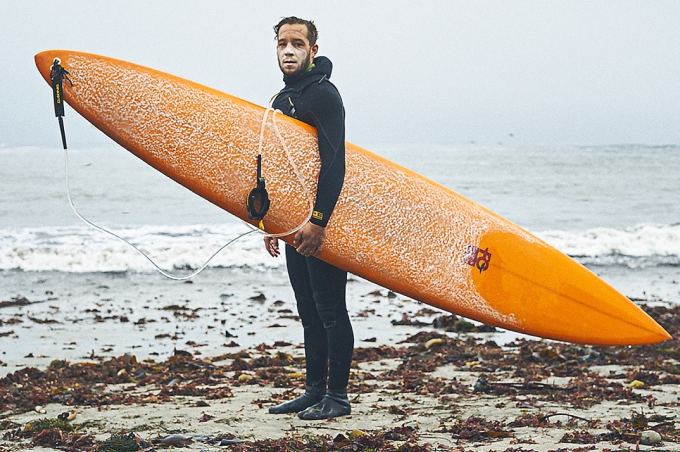