Meet Greg Grunberg, who you might know from his roles in Heroes, Alias and Star Wars. He sat down with Epsy to discuss his son Jake’s epilepsy journey and the experience that has informed his new YouTube series The Caregiver.

When our oldest son, Jake, turned 7, he started having seizures - they were like staring spells. At our parent/teacher meeting they told us they had noticed Jake zoning out for a few seconds at a time. Not often enough, but enough that we watched him very closely and noticed them too. We knew nothing about seizures, so at Jake's 7-year check up, we told the doctor about these moments. He asked Jake to quickly breathe in and out, which brought on what we now know to be called an “absence seizure”. That began our journey through what I call the “epilepsy car wash”, our journey of learning to stay one step ahead of the potential for Jake to have a seizure.

Thankfully there are many great therapies and medications available including an FDA approved CBD medication. The pipeline is promising. Over the last 19 years, Jake has had 2 brain surgeries, he’s tried the keto diet, he has a VNS implant, and is on several medications. He’s doing really well, but he still has the rare breakthrough seizure about once a year or so. I learned very quickly that the epilepsy community needed a voice. Seizures take on many forms, there is still a stigma. I saw an opportunity to get the word out, and support the community by creating TalkAboutIt.org dedicated to education and removing the stigma associated with misinformation around seizures and epilepsy. Before Jake’s diagnosis, I would support many causes, but supporting epilepsy is a cause that found us and we couldn’t be more proud to be a part of it.

The numbers [of people living with epilepsy] are staggering, and people feel hidden and many are still scared to “talk about it”. The way I think about it - everybody’s got something, and we are all better off for talking about it. People around Jake know what to do if he has a seizure. People who don't understand or lack compassion, well, that's their problem.  It is true that epilepsy can kill, there is no question about it. Life is fragile as we have all seen with Covid.  You have to live your best life and make the most of the beautiful life that you get. Be a compassionate person.  Do all you can.

Depictions of epilepsy on TV and movies

Being a vocal caregiver and an actor, I usually get the call when seizures are referenced on TV or in movies. We have a very smart and alert community of people living well with epilepsy and their caregivers, so when someone tries to make light of a seizure or use it as a joke, we take offense… as we should.  But sometimes I feel like even if they are misrepresenting a seizure, at least it’s being talked about. In the movie Tower Heist, starring Ben Stiller and Eddie Murphy, they are sitting in the car, and one teases and says ‘you're that little seizure boy’.  First of all that’s not at all funny, and secondly It isn’t ok to bully, but I saw this as an opportunity to start a conversation. We do get angry, but I’ll always think 'how do we spin this to educate people?'

Find out: Did you know these actors have epilepsy?

Talking about epilepsy to others

At the root of it all, people need to talk. The more you talk and listen to someone's story, the more you learn. But more importantly, you must talk to your doctor about it.  Educate yourself.  The body changes, what works when you are 7 may not work when you're 15. If it’s safe and worth trying, why not? Jake is on a handful of meds, he is considered a difficult to treat case, I really hate seeing him take a handful of pills but they work together and keep him from having seizures.

When Jake had brain surgery, he was having many seizures a day - of which were mainly absence seizures. We had to consider his quality of life, he couldn’t live like that. We did some tests in Chicago, they were able to see that Jake's seizures were not generalized.  There was a spot where they were coming from which made him a surgery candidate.  His surgery was successful and it reduced his seizures considerably.

Jake is more susceptible to seizures when sick, with a cold or whatever else. Throughout the COVID pandemic there was a heightened sense of anxiety of the impact this could have on him.  He never got COVID but it’s always on our mind.

From a caregiver’s perspective

Today, we have so much knowledge at our fingertips. When you search online you won’t see 'everything is gonna be fine', it comes up with horror, death and trauma. You are overwhelmed with all the information at first. As a parent, you just want to find the magic pill. You need to trust your doctors. You need to see a specialist, an “epileptologist”.

Jake is now almost 26 years old; he has a great job. a ton of friends and also teaches Tai Kwon Do as a second degree blackbelt. He’s an awesome person. Over the years, we have gotten stronger; we struggle, we cry, we argue – but we all like to say "Jake has epilepsy, epilepsy does not have Jake". We raise money for many different charities and work with the Epilepsy Foundation. All the things we do - empowers us all. Epilepsy is that invisible condition that doesn’t present itself. You’d never know someone has epilepsy unless you saw them have a seizure, so it’s hard for people to understand.

I've had my podcast ‘Talk About It’ for a long time. I’ve learned that caregivers need to be celebrated. The last person you think of is yourself, and you need time for yourself. In my new series, The Caregiver, we find caregivers and celebrate them. I meet the family, we do something they enjoy like painting or riding in a nice car. The conversation just opens up - I encourage everyone to check it out. It's really the most gratifying thing I have done so far.

Advice on taking care of yourself and your relationships

As a parent, you have to take care of yourself. This also means taking care of your relationships. If you have more than 1 child, try to share equal time with each. When Jake was 7, his younger brother Ben said to me 'I wish I had epilepsy'. I realized he wanted special time and attention with daddy too.

I learned from my parents to have “special nights”, where you spend time with each child. And, you also need time for your relationship, make sure that the romance stays alive, don't lose sight of that. You get to this place where intimacy represents responsibility. If you are in that situation, it causes a lot of negatives. You let go of that intimacy, you shy away from it, don’t! Take it from me, you will get stronger together.

With epilepsy you have to use a long haul mentality, keep talking and keep questioning! Even with your physicians. Find an article, bring it to your doctor, talk to your doctor.

Epsy App users can connect with their epileptologist via Epsy Hub, the platform for healthcare professionals. For clear overviews of your condition in future appointments, find out how to connect with your doctor here.

What is Jake up to now?

He works at a production company. Jake’s loving it and he’s also got the acting bug, he's even played the younger version of me. We just did an episode of 9-1-1 Lone Star. Jake played my son and he had a blast. I am very proud of him. Of our whole family. Of the entire epilepsy community as a whole!

Rebekah Kaska: The life of an epilepsy nurse 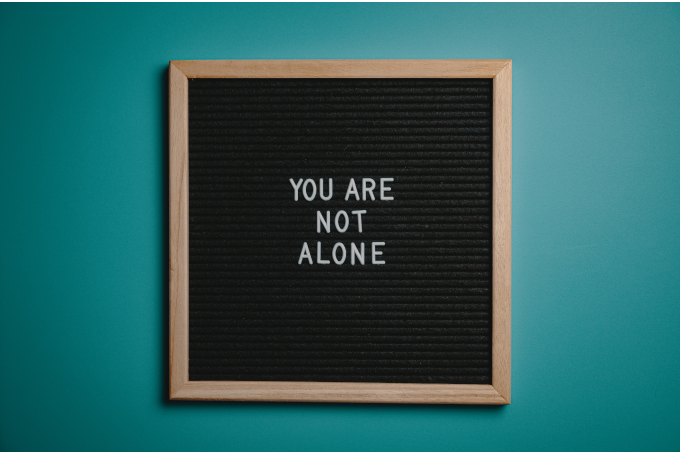